Native Command Queuing (NCQ) is a technology designed to improve performance and reliability as the transactional workload increases on SATA hard disk drives. When multiple read and write commands are sent to the SATA drive, NCQ steps in to optimize the completion of these commands by grouping the commands in order of processing efficiency, thereby reducing the mechanical workload and increase performance from the drive. Without NCQ, the drive would process and complete each command one at a time in the order in which it was received.

NCQ is a feature that is designed into the Serial ATA interface. To take advantage of NCQ, both the host controller/chipset and hard drive need to support the feature.

The NCQ-enabled hard drive on the left can execute four commands (A, B, C, and D) in a total of one and a quarter complete rotations due to proper ordering of the operations. The non-NCQ hard drive on the right requires a full two and three quarters rotations to execute the same four commands (A, B, C, and D) as a result of poor ordered operations.

The following graphs illustrate the advantages of NCQ in a system1 across several different use cases. 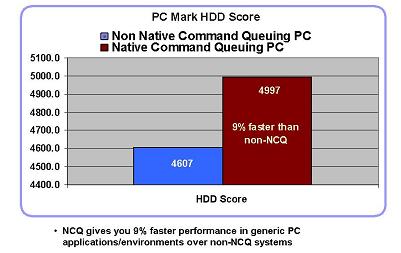 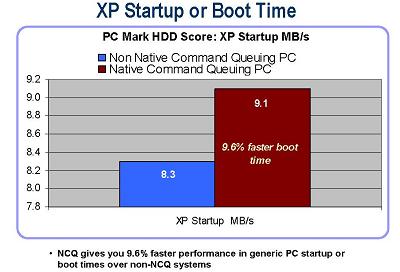 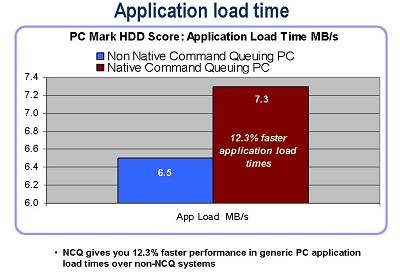 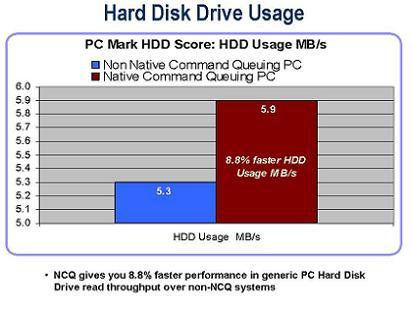 More information on NCQ is available in the White Paper published by the Serial ATA International Organization (SATA-IO), which governs the SATA interface specification and associated technologies: